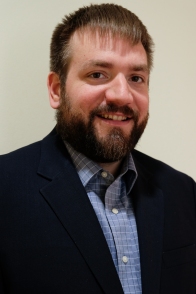 Joshua Sieber was introduced to chemical research initially as an undergraduate at Penn State University in the laboratories of Prof. Ayusman Sen. He received his B.S. degree in Chemistry from Penn State University with Honors in Chemistry in 2003. He then pursued a PhD degree in Chemistry working in the laboratories of Prof. James Morken initially at the University of North Carolina at Chapel Hill followed by Boston College. His graduate work focused on the development and application of catalytic asymmetric diboration and conjugate allylation reactions. After receiving his PhD degree from Boston College in 2008, he became an American Cancer Society postdoctoral fellow in the laboratories of Prof. Barry Trost at Stanford University where he completed the asymmetric total synthesis of Soraphen A and applied Pd-catalyzed asymmetric allylic alkylation (AAA) reactions to natural product total synthesis. After completing his postdoctoral work in 2011, he then accepted a position as a senior scientist in the process chemistry group at Boehringer Ingelheim Pharmaceuticals, Inc. where he developed scalable processes towards new pharmaceuticals and served as a member of the Boehringer Ingelheim’s Chemical Catalysis Center of Expertise developing scalable catalytic processes and new catalysts for organic synthesis. He was promoted to Principal Scientist in 2016. In 2018, he accepted his current position as assistant professor of chemistry at Virginia Commonwealth University. His research interests include development of new catalysts and catalytic methods for complex organic molecule synthesis and process chemistry.